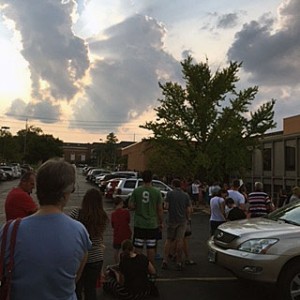 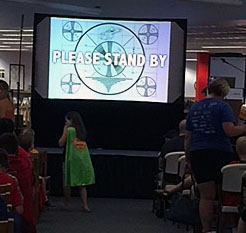 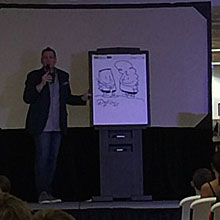 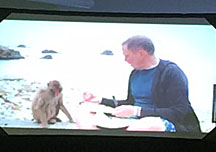 As we wait for the snow to melt

and SPRING to arrive, it’s a great time to enjoy READING!

I usually highlight story books, but today I’d like to celebrate
some fun research sites.

DK Publishing has a free online encyclopedia: FIND OUT
The site is for simple searches on a variety of science-related
topics. Results provide a colorful illustrated page with brief
explanations and related topics. Of course, if one of the topics interests you, check at your local library for a corresponding DK book on the subject.

Another free online site, available through public and school libraries, is EBSCO Kids Search. This is a more in-depth database of magazines, encyclopedias, dictionaries, web articles, biographies, books, newspapers, and photos. A handy tool to have at your fingertips.

Kids Info Bits from Gale/Cengage Learning is search resource available through some libraries as well. It’s a more simplified database of sources, including magazines, encyclopedias, dictionaries, and maps. It includes advanced search capabilities and is geared toward elementary school students.

So during this month focused on READ ALOUD time, choose a topic of interest (I know my grandson would pick Monster Trucks); use one of these kid-friendly sites or a book and read together for 15 minutes.

Summer is already over for many students, but there is still time to enjoy the August HIGHLIGHTS Hidden Picture

This beachy scene will help children enjoy the sand, surf, and sun for perhaps one last time this year. What a great way to help expand your child’s vocabulary and reading skills, along with puzzle-solving practice.

Some suggestions for using the Hidden Picture:

For younger students
–look for the pictures that have “b” in them; or “s” or “p”, etc.
–have child write out each picture word he finds in the puzzle
–count the seashells in the picture
–discuss what is happening in the picture
–can the child explain how to build a sand castle?

It is always a mission of mine to stress the importance of reading to, with, and by children to help them be successful in school and in life. RAISING A READER is a national nonprofit organization whose goal is the same, and it is meeting with great success in locations across the U. S.

One such location is the Seattle Public Library, where young readers experience the joys of reading and libraries.

My hat is off to Raising A Reader and all the libraries across the U.S. who have helped make summer reading possible for so many children!

Kindergartner, Madeline, was told to choose her favorite book for her book report. As you can see, she chose KITTY KERPLUNKING.

And what a great job she did illustrating Preppy’s lunch with a friend. 🙂
Thanks, Madeline, for sharing your book report, and here’s a wish for lots of great reading this summer!

Here it is: NATIONAL LIBRARY WEEK!

There are so many ways to celebrate National Library Week.
But if you aren’t able to visit your library this week, never fear. The American Library Association has a fun list of great web sites you can visit at home.

How am I celebrating National Library Week?
Today I volunteered in the library at St. Joseph Institute for the Deaf. I had a wonderful time reading with Isaiah, Michael, and Giuad. I learned of North American exploration and settlement. I shared the fun adventures of Frog and Toad, and I enjoyed a poetic biography about Coretta Scott King.

So, what are YOU doing to celebrate NATIONAL LIBRARY WEEK?

When I worked as a school librarian, we had Accelerated Reader for the students to use. This program certainly increased the amount the students were reading, helped them expand the genre of books they tried, and helped access their reading comprehension.

With that said, the program did have its problems. The ones I encountered included incorrect assessment of student’s reading level, consistency with the levels assigned to the books, students competing against one another rather than challenging themselves, or students pressured to achieve with little supplemental help from faculty or parents.
As a child’s literacy advocate, I am intrigued with a new reading approach from educator, Laura Candler. Ms. Candler has experience with the Accelerated Reader program but has devised her own reading strategy for students which she says works even better. It’s called EMPOWERING READERS. You can become part of her ongoing discussion group focusing on these reading strategies. And you can take a preview of the Ms. Candler’s work in progress to see if her reading strategies could work in your class or homeschool environment.
The preview is intriguing. And there is nothing I love better than to see children caught up in the reading adventure. You might want to take a look and see what you think. Would a reading workshop work in your class?

Today my friend Jessica visited. Jessica is in third grade and likes to read–especially Amelia Bedelia stories. I asked Jessica about what they were learning in school. She told me all about multiplication tables and word problems, which she greatly enjoys. Her teacher is “very creative” and Jessica likes that.

So Jessica and I got creative today as well. I saw in my book, WHAT EVERY THIRD GRADER NEEDS TO KNOW, that third graders learn about homophones, or sound alike words. Turns out, Amelia Bedelia stories usually feature some sound alike word mix-ups.
Jessica and I thought up a few homophones, found clip art pictures to match each one, then Jessica used each word in a sentence. You can see the first page of words we worked with in the photo.
Fun & simple. You bet–and a great learning opportunity for young readers.
Try some sound alike words with your children.
Are you smarter than a third grader?
How many homophones can you think of in a minute???

I had a fun start to the morning today with an interview for the local St. Louis Suburban Journal. It’s great to be able to share my love for literacy–reading, writing, creating. That’s why I write–for the kids. To excite them about the world of literature.

The PET GRAMMAR PARADE SERIES shows them that grammar can be fun. When students learn the basic tools–like the parts of speech, they become empowered. They can create their own stories, write their own research articles, share their ideas and information with the world.
I’ll keep you posted on the article. It’s slated for next Wednesday’s edition.
In the meantime, I know that school has started for many. Help your child succeed by setting aside reading time. I’ve included some ideas on ways to do this at my website. Here’s a few of the links:
PAIRED READING
EVERYTHING YOU EVER WANTED TO KNOW ABOUT READING ALOUD
READING FUN AND GAMES

Parents pass their likes on to their children. Especially, their love of reading. Books they liked as children will be shared with their own children.

My husband and my younger son Dan love J.R.R. Tolkien’s LORD OF THE RING series. But children also introduce parents to favorites of theirs, which in turn become favorites of the parents.
Both my sons loved WHERE THE WILD THINGS ARE by Maurice Sendak. And even now, I delight in repeating the line from the book when Max says, “I’ll eat you up I love you so.”
This article at CNN.com discusses classic children’s books.
What children’s books are your favorites???