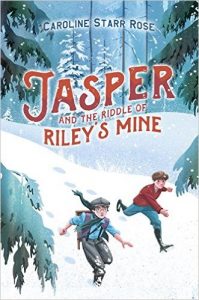 I had the privilege to read an Advanced Reader’s Copy of this story by one of my favorite current historical fiction authors, Caroline Starr Rose. It’s the summer of 1897 when news of the Klondike gold rush finally reaches Washington state, where Jasper and his older brother Melvin live. Both are eager to escape a dysfunctional home. After their beloved mother died from influenza, their father has become a drunk. Lured by stories of instant wealth and grand adventure, Melvin sneaks away to seek his fortune, but Jasper soon catches up to him. The boys quickly encounter dangers along the way, losing all their money and supplies. Still they refuse to give up, even if it means teaming up with a less-than-desirable crew like the Therouxs to navigate the Klondike trek or scrubbing laundry to earn a little money. Outlaws like Frank Hazard also pose a major problem, especially for inquisitive Jasper. When Jasper finally uncovers the location of the elusive Riley’s Mine (whose legend claims that it holds wealth for whoever can find it), Hazard forces Jasper to show him the mine and nearly kills Jasper in the process. Rescue and revelations come with the story’s exciting climax. This is a historical adventure that is sure to keep middle grade readers entranced, as they try to solve the riddle and spur Jasper on. The story showcases strong young characters faced with numerous challenges. They discover the true meaning of “wealth.” The brothers maintain their ties and commitment to each other. They also demonstrate generosity toward others along the way. While the story has its sad elements, fortitude and resolve prevail in the brother’s quest to find their way in the world.

What a wonderful present this would make for a young reader! Coming February 2017–but you can pre-order now!

Don’t miss the chance to win some great prizes! 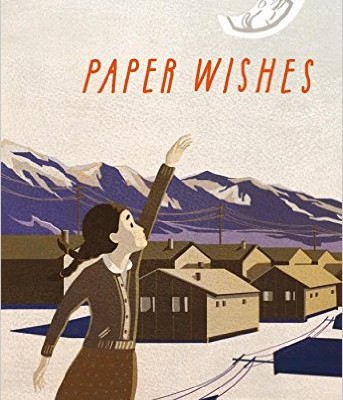