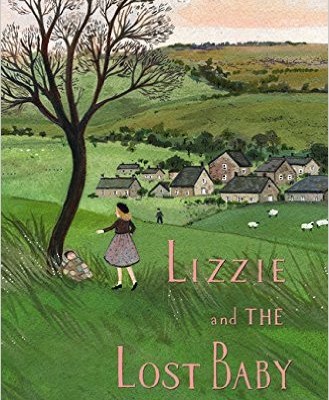 10-year-old Lizzie and her 7-year-old brother Peter are forced to evacuate wartime London, due to the threat of bombs. They and a multitude of other children ride a train out to the distant country, where waiting families take the children into their homes. Some of the families are more welcoming than others.

Lizzie and Peter find themselves boarding with Elsie, a depressed woman who has lost her infant and husband. They are supervised by unfriendly Madge (Elsie’s sister who lives next door) and Madge’s friendlier husband, policeman Fred. Although they miss their mother, their Nana, and their absent father—who is away at war–Lizzie and Peter begin to settle into the routine.

The plot thickens when Lizzie finds a baby abandoned in a field. In her quest to find the baby’s origin, she learns of a band of gypsies, camping nearby. Young Elijah, one of the gypsies and the baby’s brother, is intent on finding his lost sister whom he left under protest. Lizzie, torn between helping her hosts who’ve taken her in and returning the baby to its rightful family, must face numerous obstacles in an attempt to do what is right.

The author, Cheryl Blackford, does a splendid job creating a rich period setting. Young readers will be intrigued by the children’s wartime story, told in such lovely lyrical style. They will cheer on the two main characters and be pleased with the satisfying ending.